Home→WIKI→Which Are Self-Cleansing Crystals That Never Need to Cleanse?

Are there truly self-cleansing crystals? The world of mystics and energy practitioners have always practiced crystal cleansing to ensure that their tools are always in prime condition. However, are there crystals that don’t need cleansing?

What Is a Self-Cleansing Crystal?

A self-cleansing crystal is a mystical gem or mineral that doesn’t require the usual cleansing process to remain viable and energetic. Mystics have different explanations for this phenomenon, and there are also some disagreements as to how reliable these crystals are.

The general explanation is that some crystals are simply incapable of absorbing negative energies. When you cleanse crystals, you are essentially removing all the negative and toxic stuff that the crystals have absorbed while actively using the gems for energy work.

Whether you are using the crystal for healing, general energy work, or even for magic, crystals eventually need to improve their state, and you can fast-track this process by cleansing them.

Related article: How to Cleanse and Charge Your Crystals and Gemstones? 6 Ways You Can Do at Home

Why Are They Never Need Cleansing?

There are several explanations of why some crystals don’t need to be cleansed anymore. Let’s take a look at the most common explanations:

All crystals vibrate at a certain frequency. All crystals send and receive energy depending on the situation. While a crystal can receive negative energies, not all of them absorb negativity. The self-cleaning crystal deflects the energy.

Why love? Love is the most powerful, positive energy known to man. When crystals are used for clearing a space or for clearing a person, the negative energies are transmuted in the process. Some practitioners believe that some of these clearing stones do not retain any of the negativity or evil they process because they are that powerful in the first place.

Stones like onyx are quite popular in mystical circles because they are believed to possess amazing deflecting properties. So if you have gemstones that are known for working against evil in the occult, specifically, these gemstones probably have less need for recharging, too.

The great thing about these crystals, like the quartz family, is they are nearly indestructible when it comes to energy work because no matter how heavy the negative energy is, these crystals can still handle the pressure, and as ‘entities’ in energy work, they can still deliver whether they have been charged or not.

Further reading: Why crystals need to be cleansed and charged?

Which Are Self-Cleansing Crystals?

Three crystals are widely regarded as ‘self-cleansing,’ and they are citrine, kyanite, and selenite. 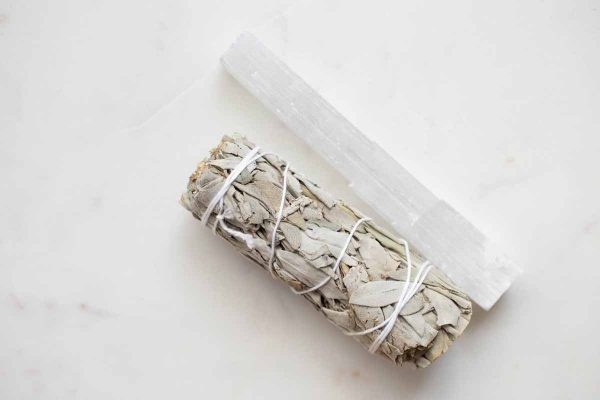 Selenite is one of the well-known self-cleansing crystals.

Other sources indicate that the list has grown over the years as more and more practitioners claim that they could use stones without cleansing and with good results. Among the other crystals that provide good energy healing even without cleansing for a long time are:

There are some additional notes about self-cleansing crystals: 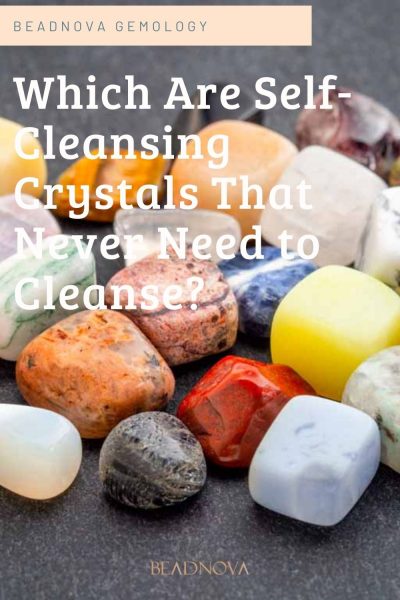